Over more than a decade, this office has been dedicated almost exclusively to FAMILY LAW. If you need our help, after an initial diagnosis of the crisis before the initiation of a judicial process we will always investigate together the possibility of working out an alternative to resorting to court as way of conflict resolution. Possibilities such as NEGOTIATION, COLLABORATIVE LAW, MEDIATION or PARENTAL COORDINATION, because we do not want to win a case but to resolve conflicts. Only if it is not possible to reach agreement will we advise you to go to court.

Family crisis does not mean exclusively divorce. There are times when the family sphere is significantly affected. Divorce or separation may have occurred years ago, but it is necessary to modify the family measures that were adopted in a first place because children have now grown up; or it may be that one of the parents is not fulfilling all the terms that were agreed upon and an executive measure is necessary; Differences may even arise in happily married parents regarding issues related to the health or education of their children, the issue of parental authority.

Also, a change of residence of one of the parents due to a new job can lead to a family crisis regarding the residence of the children. And of course, the illicit transfer of a child from one city to another or even from one country to another, can lead, not only to serious family crisis, but to the committing of a criminal offense, an international abduction.

It may happen that we discover that our child is biologically someone else's and we want to deny our paternity or, on the contrary, claim it when we find out that years ago, we had a child, and it was hidden from us. 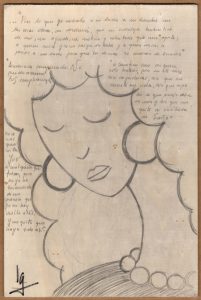 A couple may have adopted a child and when he is older, he wants to know his biological origins, or it may simply be that, after the death of a father, his wife and their three children do not agree about the inheritance

A couple may have adopted a child years ago and the latter, being older, wants to know its biological origins, or it may simply be that, after the death of a father, his wife and their three inheriting children do not agree.

All the above are representative of important crises in the family sphere.
We can help you with:

Breakdown of a couple is probably one of the most stressful experiences in life that anyone goes through. To the feeling of failure of the individual and family project, we must add the administrative management of the crisis, the documents, the distribution of assets, the signatures, the management of co-living with the children, the difficulty in making the right decisions.

The breakdown never occurs at a specific time, it is a process consisting of different phases, and not all couples can deal with it at the same speed, not even the members of the couple themselves can. Therefore, a specialized accompaniment that includes both legal and emotional divorce will make this process easier. That is what a family lawyer can do for you. A family lawyer is not an ordinary lawyer as, in addition to the academic training, a family lawyer has special sensitivity and tools to manage the conflict that only dedicated specialization can provide.

With families in a process of rupture, I prefer working in a space where they are the protagonists of their process, to help them reposition themselves in a new reality that allows them to make their own decisions and not delegate them to Court. Becoming aware of their parenting skills, the compatibility of their work and the care of their children, the possible social infringement of one of them, the need to continue with the shared parenting project that they once had although modified, will produce an implication on their part that will result in the empowerment of their own situation.
If it is not possible to regulate the effects of the breakdown in a friendly way, we will attend to the court requesting the help of the judge in a contentious process.

Breakdown of registered or non-registered partnerships

As in regulated marriages, registered or not, couples go through an emotional separation that is sometimes aggravated by not having their legal situation regulated, finding that the judicial rules of their breakdown, especially in property issues, becomes more complicated, because there are mutual rights that may not be recognized by law as they have not formalized their relationship.

Once a judicial Resolution has been issued, it is possible that one of the parties breach said resolution, either regarding the payment of maintenance or the impediment of contact with the other parent, just once or systematically. If an agreement cannot be reached, you must get help from the courts.

Modification of court resolutions due change of circumstances

The family is not static, its behaviour is dynamic. When the breakdown of a family with young children has been regulated, the simple passage of time changes the relation between family members as well as their needs.

If the family has set a parenting plan not including the different stages the children go through, the agreement become of little use after a while and needs to be modified.
Parents are the ones who best know the new needs, but if they cannot agree and set the changes, they will need to go to court.

Controversies within the exercise of parental responsibility

occur more frequently when their relationship is broken, but it can also occur in couples without such a situation. Issues such as health, education and residence of joint children can end in disagreement to such an extent that, if mutually acceptable terms are not reached by the parents, a third party, the judge, will have to decide. 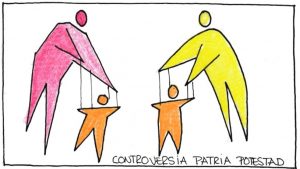 In other cases, due to long term absence and abandonment, both economic and emotional, of a parent, it is necessary to request the judicial deprivation of parental responsibility or at least the exclusive attribution of its exercise to the present parent.

The Spanish High Court has declared as a priority the right of grandparents to maintain a relationship with their grandchildren under any circumstance.

We can help you in claiming these rights, trying to come to an agreement with the obstructive party, or going to the Courts if this is not possible.

Claim, denial, and recognition of parentage

Discovering that a child is not yours or that you have a previously unacknowledged child, are two of the situations in which reality contradicts what is registered in the Civil Registry and it becomes necessary to modify it.

In addition, you could request compensation for damages derived from these situations, as well as establishing a visiting regime for someone who believed themselves to be the biological father of a child who turned out not to be such, but always acted in the role of father.

Children have the legal right to the recognition of their basic needs to be satisfied, right that their life takes place in a suitable family environment free of violence and also, that their wishes, opinions and feelings are considered as part as their psychological and emotional well-being.

This is what it is called the child’s best interest , i.e., a set of actions and processes aimed to guarantee an integral development and a dignified life, as well as the material and affective conditions that allow boys and girls to live fully and achieve maximum well-being.

In Spain, this concept ceased to be a generic concept and article 2 Law 1/1996, of Legal Protection of Children, specifies which are the criteria, elements, factors and circumstances to take into account to talk about a child’s best interest.

If you think a child is at risk, we can help you file an allegation of of risk or abandonment with the relevant public authorities. In addition, if it is your own child who you think is in a situation of risk, we will help you by requesting their judicial protection.

Legal Capacity is the ability to exercise rights and fulfil obligations, that is, the capacitated person is one who can perform acts with legal effectiveness.

The incapacitation processes, and in general all those related to the civil status of people, profoundly affect the order and constitution of the society so, in all of them, there is a public interest, explicit or implicit. But overall, they are a serious family crisis, as it is necessary to appoint a caretaker, a guardian, a property administrator to answer to court, etc.

If no preventive powers have been granted before, we can help you with the judicial procedure from a position of respect towards the person involved and humanization of the situation, considering that after the incapacitation of a relative, the sale of properties, adoption of special protection measures, etc., may be necessary.